Developers Forum for XinFin XDC Network is a community of 1,422 amazing users

TL;DR
XDC is moving all its dev-net stack towards AWS infrastructures to boost dev velocity.

The core-dev team from XDC is working on a plan to migrate all XDC infrastructures to AWS provided services. Over the past years, the dev teams has experiences a few difficulties when working on the XDC chain, that includes:

This has caused a few headaches for the dev team as it's quite time consuming to debug/re-produce mainnet issues as well as slowing down the new feature development. To address this concern, we have proposed the plan to move the existing self hosted server to AWS ECS/EC2 and utilise other powerful tools/features provided by AWS to ease the pain.

In below section, We will list some of the services AWS offers that might be useful for Xinfin. 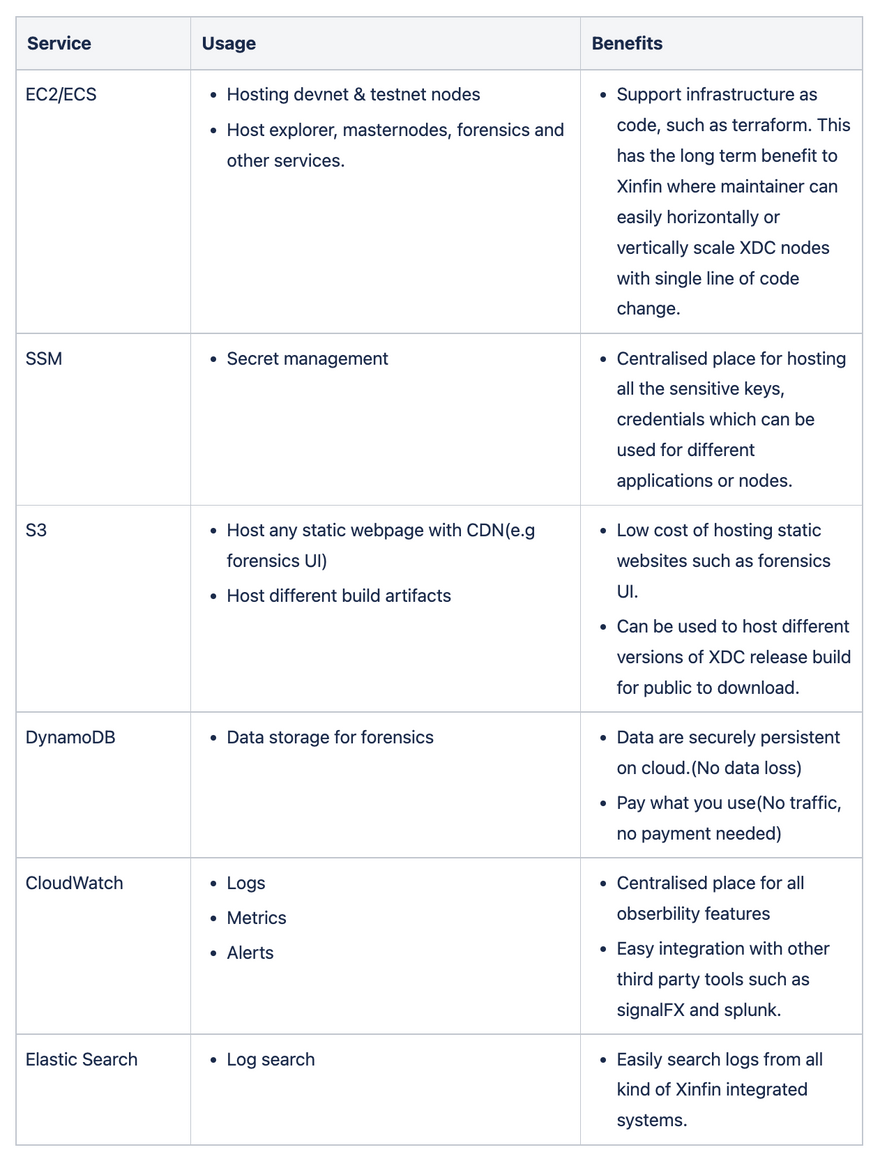 With the help of AWS tools in conjunction with github CI/CD pipelines, We shall be able to build infrastructure that will enable us to provision a set of AWS EC2 instances used for the deployment of a development network, an integration testing pipeline, and a public testing network. At least two categories of system can achieve the deployment and testing automation:

We are primarily focused on internal dev-net at this stage, but will apply same changes to testnet if proved to be rewarding.

Devnet: Its mission is to serve as the network in which the internal teams can test new changes and achieve fast development iterations. It shall consists at least below elements

Testnet: Its mission is to perform pre-release version testing with the public once being tested fine from devnet.

All the same points from devnet, except XDC nodes are publicly available.

FUD about IceCreamSwap not beeing audited

Proof of Reserve in Plugin