Bring the US+ Stablecoin to the XDC Network

Just like any successful project, the XDC Network sometimes experiences growing pains that involves uncertainty, formation of procedures, as well as being rough around the edges at times until something beautiful is born upon maturity.

From day one, the founders of the XDC Network have always put the community first, desiring organic growth and leadership from the general public. To which, many have stood up and dedicated their time, energy, and have committed to seeing that real world utility is created on the XDC Network. Tremendous utility and benefits have already been realized for both business and retail users. 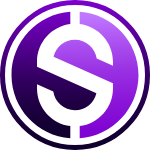 Impel brings Fluent's US+ Stablecoin to the XDC Network, a Layer 1 blockchain, for more than just cross-border payments. Impel and Fluent have entered into a strategic partnership that will deliver a variety of innovative software solutions to the XDC Network’s ecosystem by allowing traditional banks and financial intuitions to benefit from decentralized finance using DLT.

Fluent agrees to perform the following:

Impel and Fluent have already initiated collaboration with many Layer 2 projects on the XDC Network for US+ integration, including:

In addition, both Impel and Fluent teams have been meeting together with potential clients, adopters and users of Impel's solution offerings together with Fluent's US+ stablecoin, as it makes a perfect solution for endless applications in payments and trade finance, allowing for instant settlement.

At this time, we are not able to say specifically who, what, and when; we can say that our efforts are looking real promising to bring billions of dollars and significant transaction volume onto the XDC Network.

Impel is a fintech innovator with Layer 2 solution offerings built on top of the XDC Network’s blockchain DLT for forward-facing banks, FIs, and corporates. The robust solutions include an ISO 20022 financial messaging API with optional instant settlement capability using digital assets such as Fluent Finance’s US+ stablecoin, as well as providing a bridge to the R3 Corda private DLT platform from the XDC Network’s public blockchain, so entities can settle contracts and agreements in seconds using digital assets rather than using traditional banking systems that take much longer to process payments.

What this proposal and vote is for...

In return for Fluents agreed upon terms below, Impel has solicited XDC Network ecosystem development grant funds to pay for the following:

Note: Because we are just now involving the XDC Network community, this community vote is taking place during the existing implementation process that is currently underway. A few of the items have already been completed, but a few items remain to satisfy the initial Impel and Fluent Joint Venture Agreement.

We ask that our "best foot forward" approach be humbly accepted and appreciated by our fellow XDC Network community members.

The grant to be contributed by Impel to Fluent in the amount of $250,000 (USD), shall be paid in $XDC, in the following tranches:

As they say, "better late than never"!

Thank you for taking the time to be involved with the XDC Network, for giving this proposal consideration, as well as for casting your vote.

In sincere obligation and dedication to the XDC Network community,
The Impel and Fluent Finance teams

Cast your vote in the discussion section below: